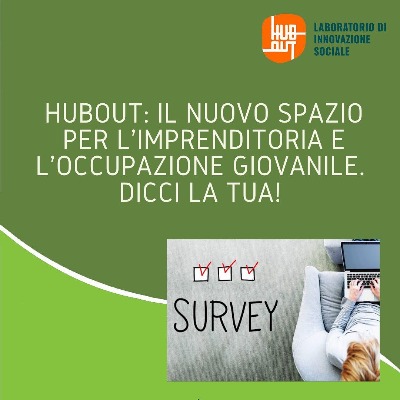 Co-working spaces are potential forges for the development of new creative and innovative ideas, as well as for the creation of networks and connections between those who live there on a daily or occasional basis. However, the risk they run is that of becoming “exclusive” places for those who already have skills, with strong and started business projects. In the meantime, the impact about these spaces on the community (especially in terms of inclusion and development) takes a back seat.The vision of HubOut includes a space of innovation and inclusion for all citizenship, perceiving the contribution it can give to the growth of the territory, and that is a reference point for anyone who wants to develop a new professional project and needs support and expertise. 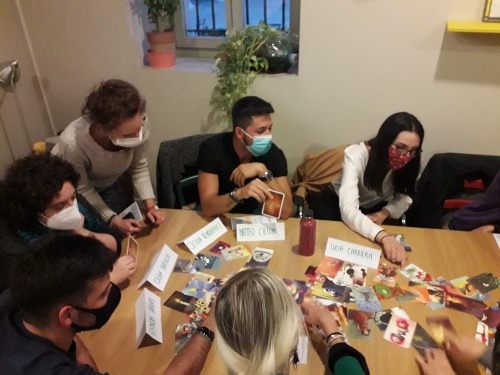 For this reason, one of the objectives that the project has set for itself is to co-design the hub with the citizens, in order to have an open view, to amplify its impact on the territory and reduce the risk of “self-referentiality” of the initiatives promoted within it.

In collaboration with “Meraki – cultural desires”, the participatory processes were launched in July: an opportunity for dialogue with young people and stakeholders in the area, to share priorities and expectations with respect to the space and define its programming. The aim is to reflect on the tools and skills useful for their professional projects and those of their generation, starting a real path of co-design of the space. 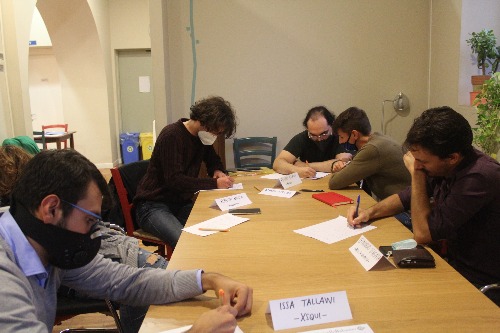 The participatory processes are divided into: • July 2020: an initial surveyto gather citizen interests and desires;• September 2020: 2 creative focus groups with young people aged 21 to 35,during which reflection on their own professional and business project was promoted, followed by a collective review;• October 2020: 1 focus group with already structured youth realities in the area.

These moments of confrontation were the starting point for the construction of the survey that today we would ask you to fill out, addressed to all those (young people, local realities, business realities, individua l citizens …) who usually live or frequent the North of Milan. We ask you to tell us what, in your opinion, are the proposals, advice, training, activities, support that cannot miss in a space aimed at supporting young people (but also the less young) in their professional projects. We also ask you to tell us what are you interested in and if you would like to give your contribution.The data collected will be useful to define the programming of the hub, so that it meets the real needs of the community.

Below there is the link to the survey, which takes 5-10 minutes to complete: https://forms.gle/K2BSNbNjCLVwWf4h6