Our group name is RipetHub. The name comes from the “fusion” of two words: Repetitions and Hub. “Repetitions” as they are the service we currently offer and ” Hub ” as we aim to acquire an increasingly central role in the sector. The group is composed by:

-Francesco Stranieri is 27 years old and is the creator and founder of the RipetHub project. He is among the teachers of the ‘Machine Learning Specialist’ course at ITS Angelo Rizzoli, for the academic year 2020/2021. Member of the research laboratory ‘Models and Algorithms for Data and Text Mining’. Graduated with honors in ‘Computer Science’ and, currently, a master’s degree in ‘Computer Science’ at the University of Milan-Bicocca. He has obtained various certifications, including ‘Probabilistic Graphical Models Specialization’ from Stanford University, ‘Elements of AI’ from the University of Helsinki and ‘Introduction to Data Mining’ from the University of Milan-Bicocca. Organizer and speaker of the events ‘The 24 Hours of the Future’ and ‘Discovering Artificial Intelligence’, in collaboration with the Municipality of Monza.

-Eleonora Sironi is 22 years old and has obtained the Higher Diploma in ‘Hotel and Restaurant Management’. He completed his studies both in Como and in Switzerland, concluding them successfully in 2019. He subsequently worked in several 5-star hotels in Milan, holding the role of Housekeeping Manager Assistant and Front O ﬀ ice Agent. In 2020 he took a job opportunity in Amsterdam, where he moved for almost two years, working in the hotel and real estate sector. He returns to Italy in 2021 to start collaborating on the RipetHub project. He currently holds the role of head of human resources and manages relations with customers. It also provides for the organization of the Team in carrying out the various activities.

-Mohammad Alì Manan, born in 1995, is a master’s student in Computer Science. Graduated from ITI P. Hensemberger, in 2016 he began his studies at the University of Milan-Bicocca, where he obtained a three-year degree in ‘Computer Science’ in 2019. He immediately participated as a Tutor in the RipetHub project, up to being involved in the HubOut project as coordinator of the Tutors.

-Hynor Arapi is 27 years old and holds a diploma in Electrical Engineering, obtained in 2015 from ITI P. Hensemberger. Subsequently he attended an ITS course, concluding it in 2016. Once completed his studies he began his work experience. In June 2020 he joined the RipetHub Team, where he oversees the availability of the Tutors and the management of payments.

Ali and Francesco have known each other since they were teenagers, as they attended the same high school and subsequently decided to undertake the same university path. Hynor, on the other hand, attending the same middle school as Francesco began to cultivate friendship with him even outside of it. Over time, Francesco also introduced Eleonora to the group, with whom he is linked by a close friendship.

Although RipetHub starts with the four of us, we like to define all the Tutors who collaborate with us as an integral part of the group, together with the people and associations that actively support us. We believe that our group is a big family and for this reason we are always ready to welcome new members within it.

Our business idea became a reality in March 2020 during the health emergency linked to COVID-19, when we felt compelled to offer our help to students and families in difficulty, thus carrying out more than 500 hours of lessons per title. free through our platform.

Already in the previous months, Francesco, attending the Civic Center LibertHub in Monza, had noticed that many tables were occupied by boys and girls, often in difficulty on different subjects. Thus he began to develop his idea, creating a website that was easy to use and which allowed students to book a repetition in a few simple steps. 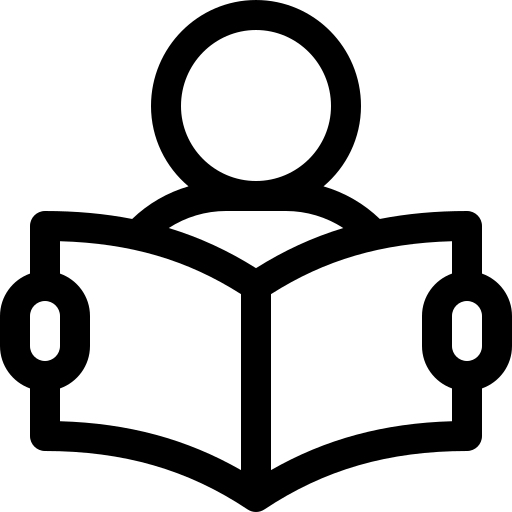 The RipetHub platform aims to support elementary, middle and high school students in their study activities. The main activities currently offered are: private lessons, study support, homework help, preparation for the baccalaureate exam and preparation for university entrance tests. The subjects currently offered are more than 30, divided between the 3 main fields of study: ‘Scientific’, ‘Humanities’ and ‘Linguistics’.

RipetHub hopes to have a positive impact on society, counteracting the phenomenon of early school leaving and promoting study as a tool for emancipation and prevention of discomfort. To this end, it supports the student to achieve better and better results, through an easily accessible platform, both for the student himself and for his family.

In fact, RipetHub allows you to “combine” the availability of students with those of the Tutors, thus allowing you to book the lesson of interest in just a few steps. Students can count on the professionalism and preparation of the Tutors who, by making their skills available, have the opportunity to become economically independent. Furthermore, the Tutors provide personalized and more flexible teaching methods, committing themselves to offer support to the students who encounter difficulties in their path. Furthermore, our activities are carried out in total transparency and legality. In fact, we recall that in Italy 90% of private repetitions are in black, for a turnover of almost 950 million euros (source Codacons)

To date, we have achieved results that have exceeded our initial expectations. Our platform turned out to be a solid tool, with 100% satisfaction with its use. Another relevant data concerns the 97% satisfaction percentage, with reference to the more than 500 hours of lessons held. In recent months we have attracted the attention of various newspapers, such as the Giornale di Monza, il Giorno, MBNews, the Corriere della Sera, Monza in Diretta and l’Espresso, which interviewed us to deepen the various phases that the project RepetHub had to deal with. In addition to this, we believe in the contribution we can make in the social sector and for this reason we have actively supported the fundraising campaign organized by the Monza Committee of the Italian Red Cross. Even during the second wave of COVID-19, our Tutors donated part of their compensation for the purchase of the necessary PPE for their volunteers. Another important milestone achieved is having been selected for the HubOut project, following the Elevator Pitch presented in December. The EntreComp Lab Senior laboratory allowed us to start a training path that provided us with useful tools to allow us to start our business. In addition, the path allowed us to meet our Tutor Marco Maillaro who, using his experience, guided us in the organization and evolution of our idea. Now we would like to bring added value to the territory of Cinisello Balsamo, a territory that thanks to the HubOut project we have been able to get to know better and better. The first step we intend to take is to establish ourselves as a Social Promotion Association. To make this happen we are followed by the Monza Volunteer Service Center, which is providing us with the necessary support for the drafting of the statute. In this we can only thank Spazio Cofò for the precious advice, and for having made their coworking available as a meeting place. Thanks to the collaboration with the LibertHub Civic Center of Monza, last autumn we had the opportunity to deliver our activities in the presence.

Our goal is to continue to offer this possibility, possibly expanding into different cities and perhaps going to recover city spaces that often public administrations are unable to exploit and which consequently end up in degradation and abandonment. This would allow RipetHub to play an even more important civic role. Through the online platform, however, we aim to become a reference point for students from all over Italy. In addition, in the future we will aim to offer the tutoring service to university students as well. Finally, we would like to expand the activities offered by opening up to other fields, such as baby-sitting and pet-sitting, through specially dedicated twin platforms.

The contacts to reach us are the following: